The latest round of cooling measure was a huge setback for many investors in the property market including developers, shareholders, property investors and even those who were hoping to score an En Bloc deal for a property that they own.

It will be particularly painful for those who have invested during the peak of the market in 2013, and who have endured property prices declining for 15 straight quarters (almost four years!) before finally rebounding in the third quarter in 2017.

With the flurry of En Bloc deal that followed, there were (early) euphoria among investors that the property market is finally rebounding. Their joy was short-lived. 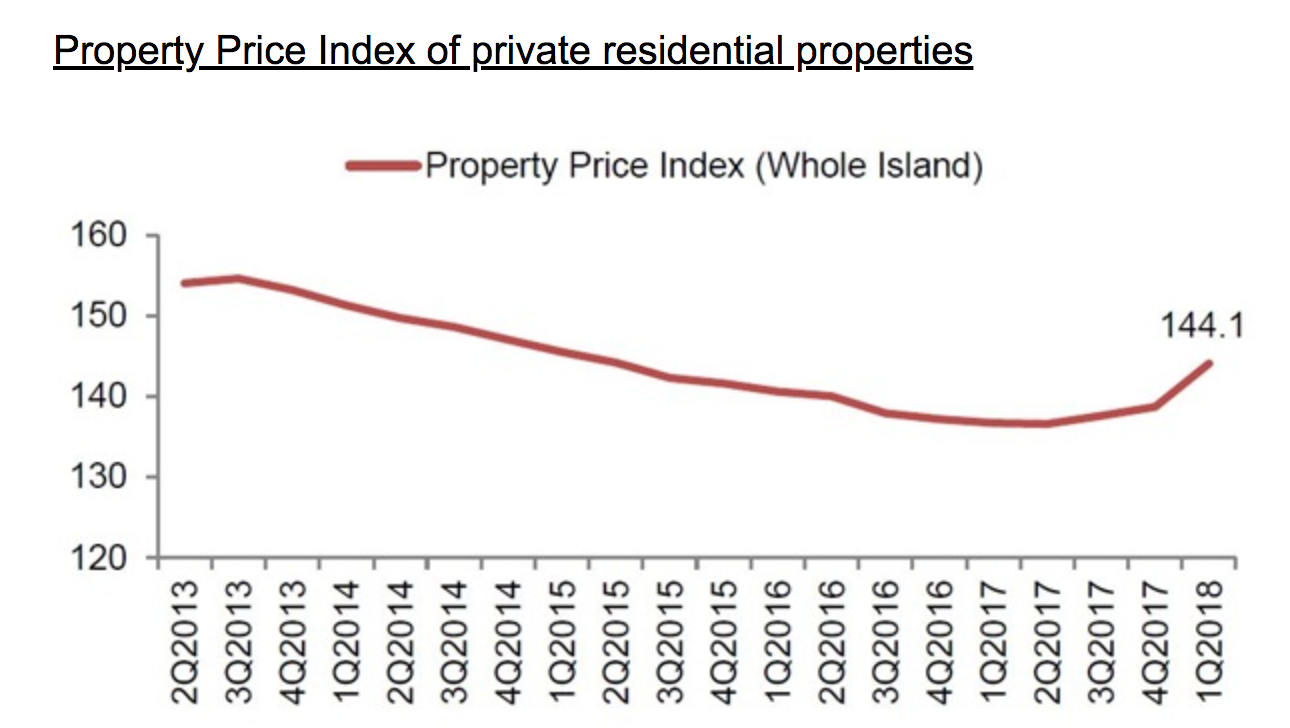 We look at what the latest measures are, and more importantly, how they will impact property investors in Singapore.

ABSD was first introduced in December 2011. As its name suggests, this is an additional form of tax that is targeted towards certain groups of property buyers. 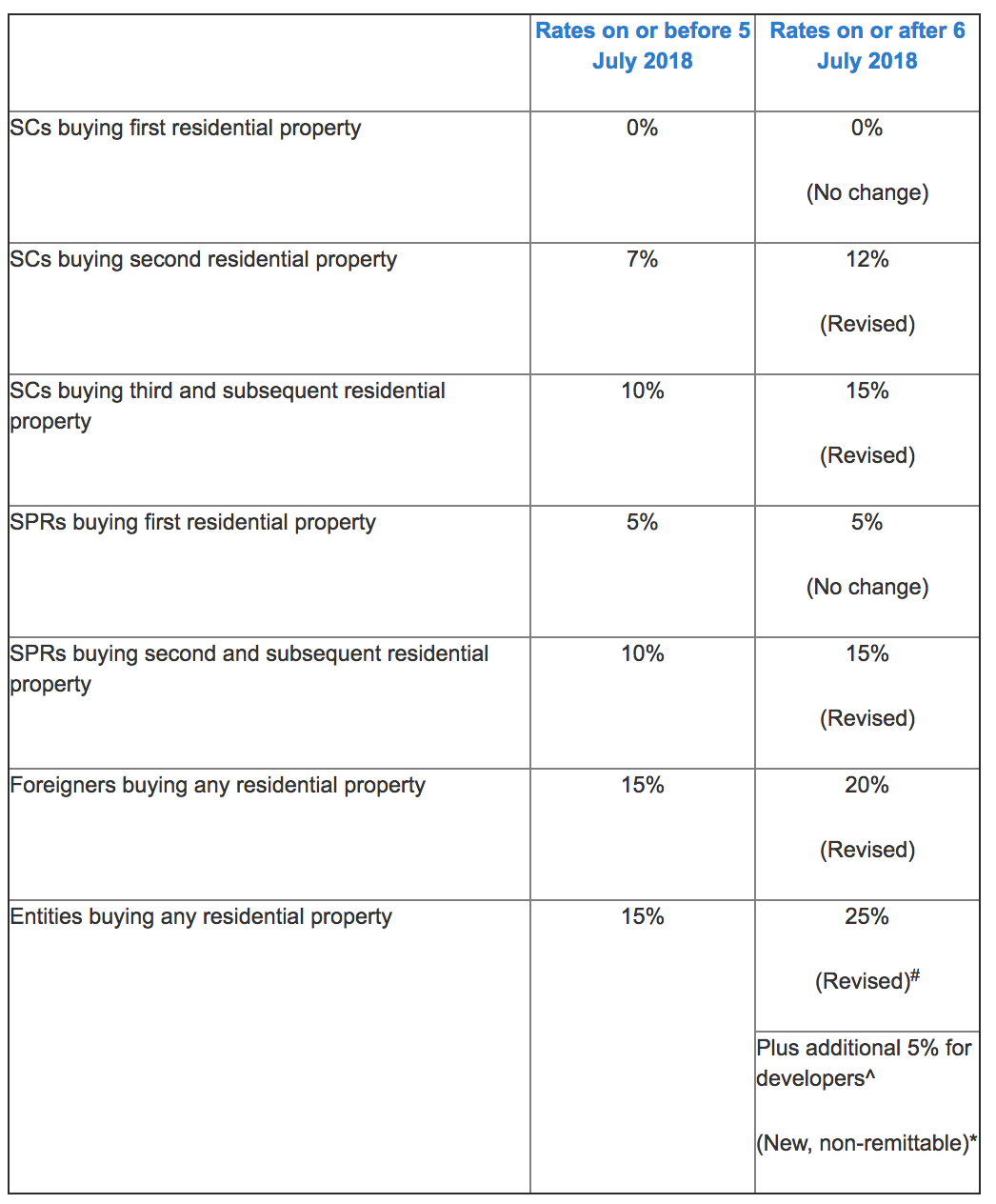 For example, SCs who were buying their second residential property used to pay an ABSD of 7%. With the revised rate, this has increased to 12%. Those who are buying their third or subsequent property will now pay 15%, up from 10%.

Do note that ABSD is payable on top of Buyer Stamp Duty (BSD) and has to be paid using cash only. You cannot add your ABSD (or BSD) to your property price and then take a loan against the total cost.

How Does ABSD Affects Singapore Investors?

People usually think of ABSD as a tax on their second property. While that is (theoretically) correct, there is another way of looking at it.

You see, while the ABSD is based on the purchase price of your second (or subsequent) property, it’s incurred because you are holding on to your first property. And for many Singaporeans, this first property is usually a HDB flat.

If we assume the reason for holding on to the HDB flat is to rent it out at $2,000 per month for additional income, it would take at least five years (more once you include other costs such as agent commission and property tax) to be able to generate the returns needed to breakeven with the ABSD which is paid.

We are not sure about you, but we think this is a really lousy deal.

Scenario B is more of an extreme, hypothetical scenario to further illustrate our point.

For example, if the couple were to buy a $10 million property, the ABSD they would be paying will be $1.2 million, just for holding on to their HDB flat. If they were to rent out their flat at $2,000 per month, it would take them at least 50 years of rental income in order to breakeven with the ABSD they would have paid.

Of course, if you currently own a bungalow worth $10 million (perhaps you inherited it) and are renting it out for $20,000 per month, and want to buy a $1 million condominium to stay in, your ABSD of $120,000 will pale in comparison to the rental income that you are earning from your first property.

Essentially the point that we want to reiterate is that while ABSD is based on your new property purchase, it’s actually a tax that is being charged on you for holding on to your existing property.

In Singapore, banks are only allowed to give you a housing loan based on the loan limits that have been set in place.

With the revised rate, LTV limit will be tightened by 5% across the board. This seems like a small adjustment, but let’s consider the changes alongside the ABSD.

But what if their HDB flat was not fully paid for yet?

If the amount required looks excessively large, that’s because it is.

Many Singapore investors are attracted to property because of the leverage they are able to employ when buying a property.

However, based on the revised ABSD and LTV, an individual who has an existing property loan, and who buys a second property for $1 million, would need to fork out $670,000, of which at least $370,000 must be in cash.

Here’s the breakdown in a nutshell.

If You Are Looking To Invest, Look Elsewhere

It’s obvious that the recent round of cooling measures has made property investing in Singapore more challenging.

Not only do you need a large sum of cash up front, the ABSD that you pay for owning multiple properties is a lot higher, to the point that it may not make financial sense to be holding on to your existing property, if you are buying a new one.

At the same time, the rental market in Singapore continues to be lackluster. So even if you are willing to bite the bitter pill, there is little assurance that you will be able to enjoy the returns that you are looking for. 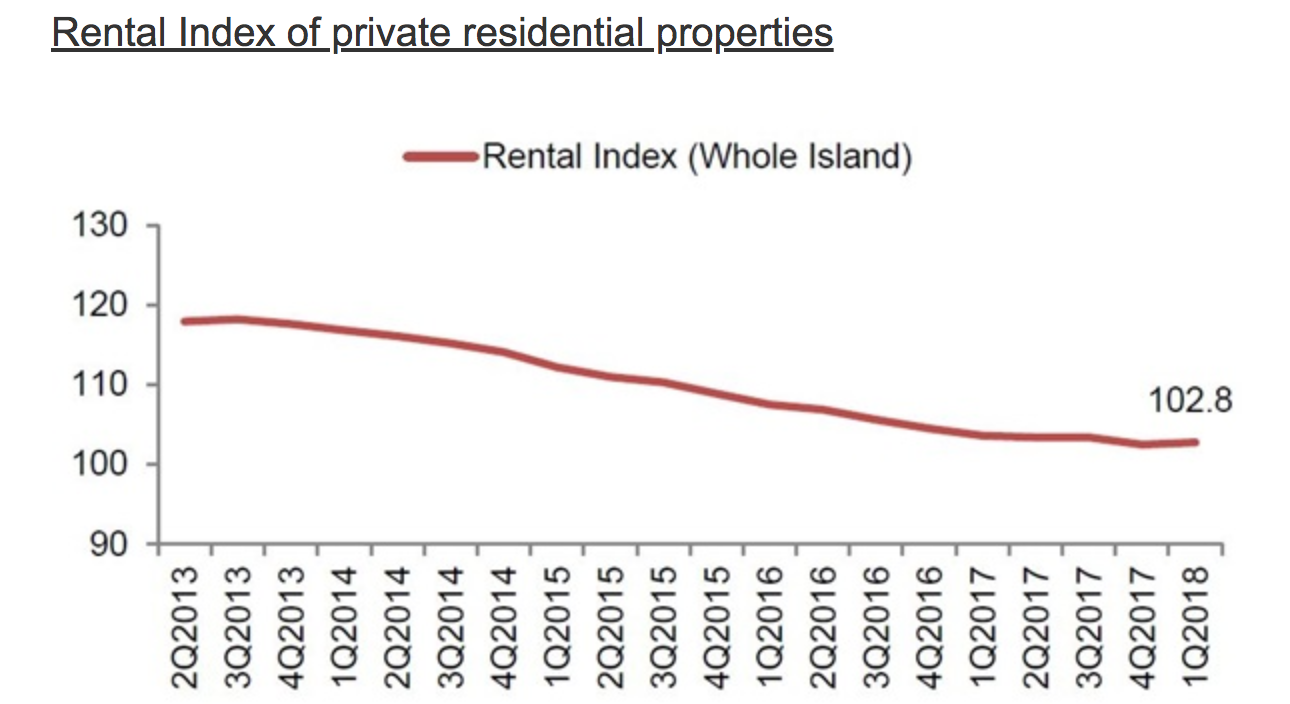 For investors hoping to grow their wealth, or generate regular income, it’s a better idea to look at stocks, bonds, REITs, ETFs and even robo-advisors.

There is a silver lining however.

For those of you who have not bought any property yet, or who are looking to upgrade from a HDB flat to a private property, without the intention of holding on to your existing flat, it’s likely that prices in the private property market will continue to remain attractive, since developers as well as property sellers will need to manage their expectations given the fact that the property market is going to be cool for a while.